The teaching staff of the School of Paleoanthropology of Perugia is annually selected by the Scientific Committee with the goal of building an updated, diverse and high-level educational offer.

For the 2020 edition we invited the following lecturers in Perugia: 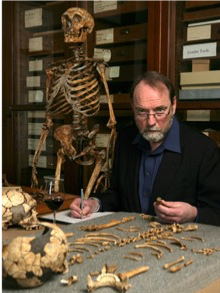 World-famous anthropologist, from 1971 to 2010 he was curator of the Division of Anthropology of the American Museum of Natural History in New York, where he founded the Hall of Human Biology and Evolution. Raised in East Africa, he studied Archeology and Anthropology at the University of Cambridge, then Geology and Paleontology of Vertebrates at Yale University, where he received his Ph.D. in 1971. His book Becoming Human: Evolution and Human Uniqueness won the prestigious WW award Howells of the American Anthropologic Association. Many of his books have been translated into Italian, including the very recent The Lords of the Planet: The Search for the Origins of Man (Edizioni Code, 2019). 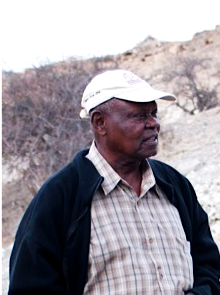 Ten years after his first presence at the Paleoanthropology School, Fidelis T. Masao returns to Perugia. Member of the Scientific Committee of the School and co-organizer of the Italian-Tanzanian research activities in Tanzania, Masao is one of the leading African prehistoric archaeologists. He has directed numerous international research projects in the Olduvai Gorge for over thirty years, collaborating with specialists from all over the world. Author of sensational paleontological and archaeological discoveries and tireless professor of Archeology at the University of Dar es Salaam, in 2014 he discovers together with his team the new footprints of Australopithecus afarensis in Laetoli, which he will then study together with the group of the Paleoanthropology School.